I started my gear piece about the Panasonic GH4 the other day and focused mostly on how I used the camera, and some brief thoughts on the quality of the 12-35mm f 2.8 lens. Today I want to add a bit more of my thoughts. Starting first with the general usability and build quality, then talking about the GH4 short comings, and finally discussing what it is like to actually work with C4K footage on the road.

Feels nice in the hand

I’ve always liked Panasonic’s build quality, especially when they take a project seriously. The first analog video mixer I used was a Panasonic WJ-MX50a, and I swear we hit the cut button so hard that it should have broken at least once, but nothing. Panasonic ProLine gear has always, and I hope, always will have some of the most amazing build quality of any thing you can lay your hands on. Well, as we all know that GH4 is not consider ProLine by Panasonic, rather the somewhat lack-luster AF100 is the Panasonic pro MFT camera. While I’ve not used an AF100, I have worked with the footage and I’ve never been particularly impressed. I can’t compare build quality between the GH4 and the AF100, but I can compare it to my Nikon D600 and I would say it is just as good. Everything fits tight, all the compartments shut well, and the rubber covers all seem to stay in place just right. The only quality complaint I would have, and this may be due to the fact that I had a rental body, was that the flip out screen rotation hinge was beginning to have a bit of play in it. Otherwise, I would feel comfortable taking the GH4 with me any where – certainly a far cry from the GH1 which feels more like a toy.

Easy to use, with some set up

I know that everyone likes to set up their body a bit different – for me I knew that I would only be shooting video, so I set up the three user-presets on the dial to different video settings. First I set the camera to cinema mode and 24p, which forces all video modes to actual 24p, not 23.976 or any thing like that. Then I went through and tweaked the other settings I knew I wanted to test:

In case you aren’t sure what exactly I’m actually interested in these – it is a combination of image quality comparison and how different settings change the feel of the final image.

The GH4 sensor has different areas that are scanned based on the various settings. 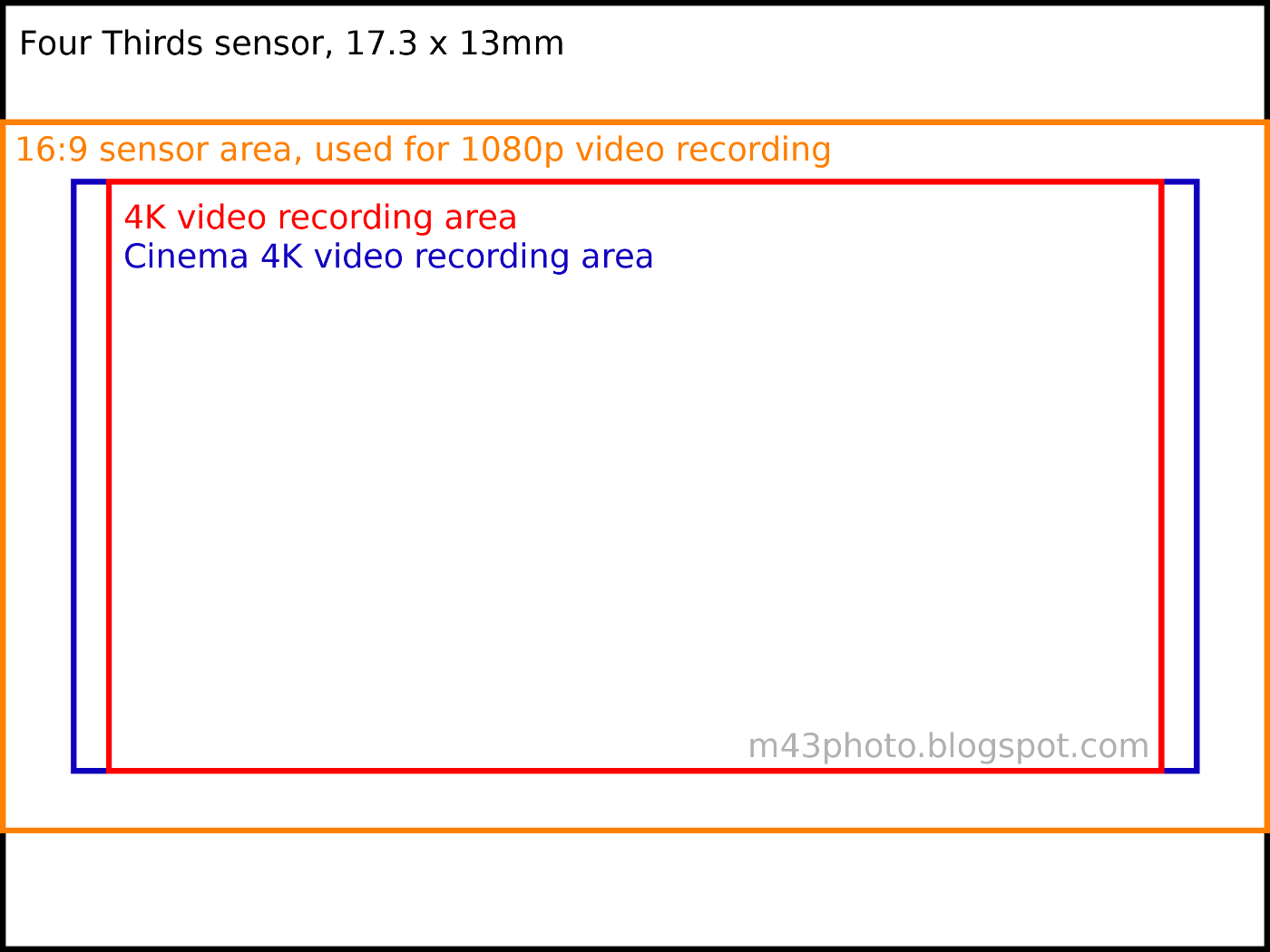 I must say that I went through and watched a few different review videos on the camera to make sure that I got it all set up for video like I wanted. I’m not too ashamed to admit that, as the rental didn’t come with a manual and so I was sort of just left with a camera in my hand and no clear guide. Once all the settings were put set up it was just a matter of switching between the three custom settings selections on the mode-dial.

Since I was shooting so much stuff that I wanted to make sure was good, I didn’t play around too much with settings or switching things out. Essentially all the action footage I shot was either at 96fps / 1080p, or C4K. All in all I was very happy with what I got, I think the color depth and accuracy was excellent, and even the rolling shutter didn’t bother me too much. I didn’t have a chance to test it against moire, but from what I’ve seen it isn’t as bad as some, but still not as good as some of the new Canons.

Some slow-motion video from one day in the team car.

Not a ton of stuff for me to dislike about the camera so I will keep it to the couple of actual issues that I ran into.

All in all the focus was good, but not quite fast enough for my tastes. I think that is because I wasn’t properly using the various autofocus tracking features. I didn’t try the eye and face tracking features, as I had read they have a tendency to hunt. Additionally I was mostly using single point focus, picking my focus and then re-framing. This kind of worked, but wasn’t accurate enough for my tastes. I gave up and moved to manual focus, this worked fine because the camera has focus peaking that works fairly well, but even set to its highest/brightest level it was still difficult to be sure that everything was perfectly sharp unless I used the critical focus zoom before clicking record. When I did that it was quick, easy, and very sharp.

GH4 with a Rode Videomic and a cheap shoulder rig. All together, worked pretty well.

Yes, those are brightly colored rubber bands holding my mic together - it has seen better days but keeps trucking.

Freezing up at the start of 96fps recording

As I noted earlier, I used the snot out of the camera as a run-and-gun kind of thing. One day it was about 90 degrees (f) and then other days it was in the 40s and raining. The camera was pretty solid and eventually I just assumed I could click on, and it would roll immediately. A few times, however, when I started to jump into slow-mo mode it would freeze as soon as I clicked record and the only way to re-boot the machine was to remove the battery and start over. Annoying, but not the end of the world. It most often happened when it was warm, and I was switching from one mode to another. Somehow I didn’t miss any important shots, which was lucky – but I could see it happening.

Working with C4K footage in the Field

Because of the fact that I’m on the road an increasing amount of the time, and often edits are expected within a week I end up editing on the laptop in a hotel room. In the past my i7 Macbook Pro with 8gb of ram has been quick enough for an 1080p editing I can throw at it. I’ve only seen slow down when editing 4k raw Red footage. The GH4 C4K footage is no where as big as the Red footage, but it is much more compressed which means that it needs more maths to work with.

All my comments are anecdotal, I did not do any formal tests

General editing: I use Adobe Premiere CC – I import with Lightroom to get file name conventions – I simply drag and drop footage into a project without converting it to ProRes or any thing else. In the past I have done full transcoding on H264 to ProRes and it was fine, but added at least a couple hours to any edits – which as I said doesn’t work when you are trying to get an edit done the same night you shoot. I am happy to say that dropping C4K footage into a 1080p sequence was no problem, resize it to fit, and it edited quick and easy.

Warp Stabilizer and Custom work in After Effects: A fast project that I had to put together was a trade-show video that required some After effects love to make sure that it was nice and smooth. Running the Warp Stabilizer plugin on the 4k footage took a good while to stabilize it.

Working with the footage in After Effects wasn’t too bad, but was significantly slower than a general quick edit in Premiere. I would suggest you allot yourself enough time to spend with your footage if you are going to stabilize it – or have other things to do while the computer things and renders, you know like write blog entries.

I like it – I like it a lot. I am definitely impressed with the footage, and super pleased with the ease of use. Being more of a Panasonic guy than a Canon shooter, for me this is definitely a 5d killer – the simple fact of out of the box focus peaking, true over cranked slow-motion, the tilting screen, and the vast array of lenses you can slap on make it the best option for me at the moment – no doubt.

The Road Ahead - Video